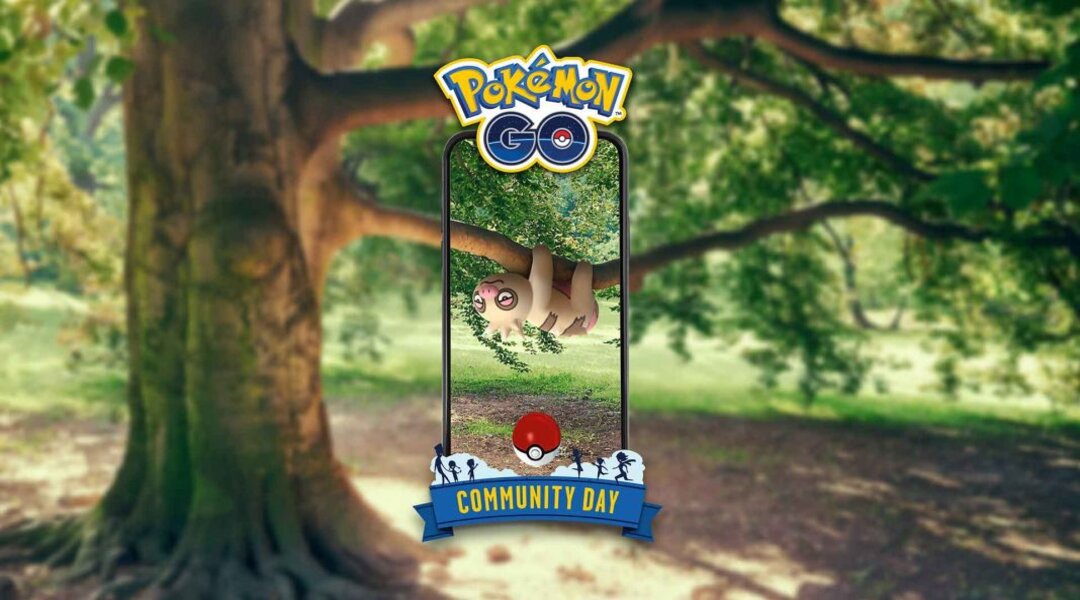 Thanks to Pokemon GO developer Niantic previously revealing all summer 2019 Community Day dates, we’ve known that June Community Day has been set for the 8th for some time, but now we know the featured Pokemon is the gen 3, Normal-type Slakoth. As expected, Slakoth Community Day will also feature a number of bonuses including the shiny Slakoth family and an exclusive move for Slaking.

Pokemon GO Slakoth Community Day is set to take place on Saturday, June 8, from 3 PM to 6 PM local time. During this time period, Slakoth will appear at a higher rate, lure modules will last for the whole 3-hour time period, shiny Slakoths are confirmed, and evolving its second form, Vigoroth, into Slaking up to one hour after the event will reward the latter with a special move. As an added bonus, eggs will require only 1/4 of the standard distance to hatch.

June’s Pokemon GO Community Day is likely to be popular for a number of reasons. First, fans have been clamoring for a Slakoth Community Day ever since the alternating starter/egg Pokemon pattern was discovered last year. Secondly, the shiny for Slakoth is purple, making it one that shiny hunters will love. And finally, it’s common for Pokemon GO community days to give a new level of viability to its featured Pokemon, which many are hoping will happen for Slaking.

Currently, Slaking is a powerful attacker but crippled by a restricting move set. His only fast move is Yawn, and Hyper Beam, Play Rough, and Earthquake are his charged moves. Yawn does practically no damage, however, restricting Slaking’s output to just his charge moves.

If the Pokemon GO June Community Day’s exclusive move is a fast move, even something like Scratch, it will make Pokemon GO‘s Slaking an absolute monster in the meta. This isn’t entirely without precedent either because, though many Community Day exclusives are charged moves, Larvitar’s Smack Down was a fast move.

Players can anticipate discovering this move in the coming weeks. While the hunt for a shiny Slakoth and a powerful Slaking begins on June 8, players can hunt down a shiny Bronzor in Pokemon GO as part of its on-going Extraordinary Raid Week 2019 event.

Pokemon GO is out now in select regions on Android and iOS devices.